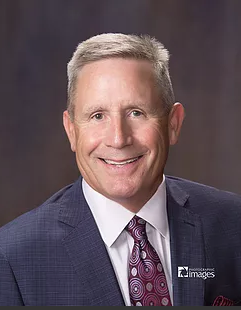 Jon S. Schroeder is a fourth generation Attorney in the Schroeder and Schroeder Law office. Jon joined his father, Fred Jr. in the practice of law in 1984. Jon received a Bachelor’s Degree in English from Nebraska Wesleyan University in 1978, a Masters Degree in criminal justice from the University of Nebraska at Omaha in 1980 and his Jurist Doctorate Degree from Creighton University in 1984. Jon married Rebecca Heinrich in 1989. Jon and Rebecca have four children, Jaclyn Cooper, Whitney Schroeder, Tommy Schroeder and Shaylee Schroeder. Jon has two grandchildren, Tylee Cooper and Brynlee Lindstedt. Jon is an active member in the local community. Jon was elected Frontier County Attorney in 1991 and has served as the Frontier County Attorney for 27 years. Jon was elected the President of the Nebraska County Attorney’s Association in 2004, has been a member of the Nebraska Judicial Nomination Commission, the MCLE Commission, the Executive Council of the Nebraska State Bar Association, a fellow in the Nebraska Bar Foundation, President of the 14th Judicial District Bar Association, Chairman of the Board of Trustees of the United Methodist Church, Chairman of the United Methodist Church Council, past President of the Maywood Lions Club, Medicine Creek Chamber of Commerce, the Curtis Fall Festival and was Chairman of the Curtis Centennial in 1987. Jon incorporated the Schroeder and Schroeder Law Office into a professional corporation in 1991.